Next day set up 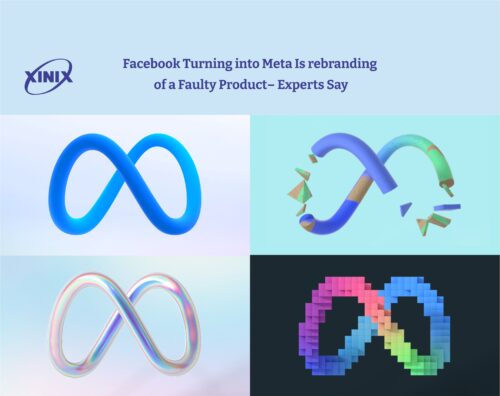 Last Thursday was a big day for the tech industry. From social media platforms to digital marketing agencies, it was an imperative step for everyone because Facebook will transform interaction in the future. During the annual developer-focused connect conference, Facebook CEO Mark Zuckerberg announced that the company is going to change its name. according to experts, Facebook is not changing the name in general, instead, they are adopting the strategy of Google and bringing their primary product i.e., Facebook under their head company Meta. In short, just like google comes under the head company alphabet, Facebook will now be handled by meta. Experts are still debating if Facebook will hold its identity or is it going to take instructions from Meta.

When asked why this decision was taken, mark responded that the name Facebook was limiting their strengths. Facebook as a company is doing so many different things but their current anchoring identity revolves around a social media platform only. Facebook aims to build a completely new identity that helps the company to grow into an all-rounder in the tech industry. Most tech professionals are welcoming this notion because this means Facebook will be monitored by something big. Apart from this, this new policy will come into action and we will see other social media platform following the lead. On the contrary, there is another narrative that Facebook is trying to rebuild its lost reputations that were tarnished during the privacy scandal. Apart from this, the recent shutdowns and issues faced by Facebook as a company have pushed the brand image of Facebook at a very compromising position.

Criticizing their rebranding strategy, experts are saying that it is just an old faulty product in a shiny new wrapping sheet. The last two months have been very tough for Facebook as a company. Reported to be in hot waters for impacting the self-esteem of youngsters, spreading misinformation regarding vaccination, spreading fake news, initiating, and promoting white supremacist news, and other harmful content. From days of colorful youth flaunting their way into an exciting new world of instant communication, Facebook has become a black villain stealing your identity and selling it online in exchange for some pennies.

Harvard business review reports that Facebook might want to rebrand itself, but it is an ill-timed decision. Right now, everything is revolving around Facebook because the company is generating the biggest chunk of its revenue through Facebook. If the company is doing some real business, it is only because of Facebook. Introducing meta is just like Saudi introducing the vision 2030 and then arranging their foreign policy that aligns to their vision. Fundamentally thinking about the future can help in motivating Facebook as a company but it cannot rebrand itself around something that is yet to come. If the rebranding strategy becomes a success but the vision of the company never comes true, this will only make things worse for Facebook. Right now, Facebook as a social media platform holds the central position. After adopting a completely new brand name, the company is pegging its brand and progress on a future that might not come. Harvard business also reports that the transformation of Facebook as rand might end up confusing the audience.

Tech Professionals and critics are not the only ones bashing this new announcement. Facebook’s former employee and whistleblower Frances Haugen exchanged harsh words on this topic as well. Haugen said that his former boss is just pushing the limits and must quit for the sake of the company. She also reported that she was already aware of the new company strategy of building a virtual world that the company felt will eventually transform the world. No doubt if these things will become true the experience will be transformational but there is no guarantee that this transformation will be positive. She also claimed that Facebook as a company has always chosen profit over the safety of their users and through this new development, they are on their way to proving it as well. It is not the first time Haugen has criticized her former boss and the head of social media giant openly. Previously, she also testified before the US and UK lawmakers against the company. Recently she also took part in the web summit tech conference in Lisbon where she bashed the policies of Facebook and explained the monopoly it holds. during the conference, she also said that she doesn’t expect any changes from the company if Mark stays the CEO. It is time for Facebook to understand that change is inevitable and just changing names won’t cut it.

According to CNBC, Facebook is repeating the same mistake as the alphabet where both companies are just trying to turn a science fiction movie into reality. Although they do not openly bash the initiative of the company, they still feel that the company is trying to push limits by steering the work beyond the traditional means. Right now, the company is mainly generating its business via digital ads and this strategy has helped the company to reach its 900 billion dollars’ worth. However, they are now thinking of investing billions per year into this newfound sci-fi obsession. This decision echoes the same rebranding strategy that was used by google. Back in 2015, Google introduced its parent brand alphabet. The main aim of google was to generate more revenue through google and then invest in other tech-based projects handled by google. The company calls these projects, other bets. Right now, Google is including simple automation tasks like self-driving cars to complex automation tasks like curing incurable diseases and even curing death.

Although both companies have almost the same strategy, however, Zuckerberg is not going to give up Facebook, unlike Larry Page who stepped down from google after announcing the alphabet. Critics are saying that mark needs to learn from Google’s experience. Right now, Google is letting go of its other bets because the alphabet has not paid off even after 7 years. According to sources alphabet has not generated any profit and it is still struggling. After acquiring other social media platforms like Instagram and WhatsApp, Facebook seems to have their plate full. If the company wants to flourish, it is important for them to only bite what they can chew.

Not found the answers?

Please contact us in any convenient way, and we will help you.

Speak to an expert
Call us for free

99% Of issues resolved in less than a hour